The Great Firewall Cracked, Briefly. A People Shined Through.

China’s censors finally blocked Clubhouse, but not before users were able to bypass the caricatures painted by government-controlled media and freely discuss their hopes and fears.

China’s censors finally blocked Clubhouse, but not before users were able to bypass the caricatures painted by government-controlled media and freely discuss their hopes and fears. 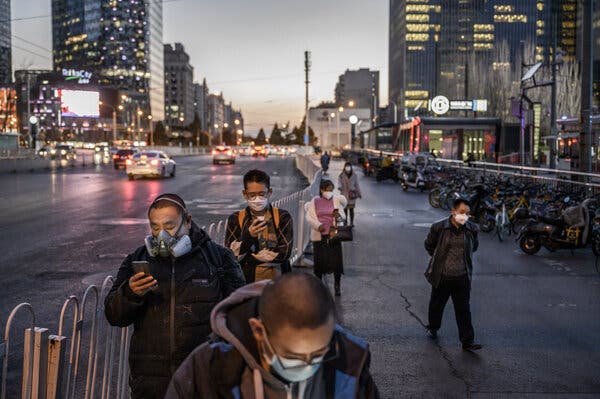 For years, the Chinese government has prevented its 1.4 billion people from speaking freely online. A digital wall separated them from the rest of the world.

Then, for a precious few days, that wall was breached.

Clubhouse, a new social media app that emerged faster than the censors could block it, became a place for Mandarin Chinese speakers from the mainland and anywhere else to speak their minds. They had a lot to say.

In Clubhouse’s audio chatrooms, people from the mainland joined those from Taiwan, Hong Kong, the global Chinese diaspora and anybody else who was interested to share thoughts. The topics ranged from the politically charged (repression of Muslims in China’s Xinjiang region, the 1989 Tiananmen Square crackdown, censorship) to the mundane (hookups) to the unexpected (hemorrhoids).

The Chinese government blocked the app Monday afternoon. I knew it was coming, and yet I still didn’t expect to feel so dismayed.

For that brief moment, people in China proved that they are as creative and well spoken as people who enjoy the freedom to express themselves. They lined up, sometimes for hours, to wait for their turns to speak. They argued for the rights of the government loyalists to speak despite their disagreements. They held many honest, sincere conversations, sometimes with tears and sometimes with laughter.

Those conversations helped illuminate why the Chinese government blocks free speech online in the first place. Those free-flowing exchanges threaten to debunk the caricatures that the state-controlled media often foists upon the Chinese people. The state media dismisses people like the Tiananmen protesters, pro-democracy advocates in Hong Kong or those in Taiwan who want the island to take a different path from the mainland.

Over the past two decades, Beijing has developed the most sophisticated online censorship system in the world. Big online platforms like Google, Facebook, Twitter and YouTube were blocked long ago. Under Xi Jinping’s leadership, a growing number of topics have become off limits on the Chinese internet. Clubhouse gave mainland Chinese users a chance to flock to chatrooms focused on those taboos. 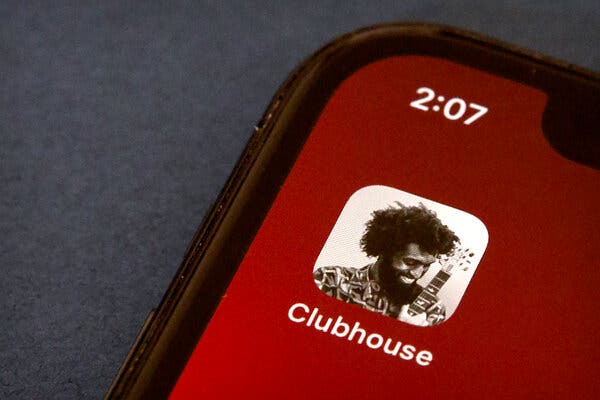 “We enjoyed it with full knowledge that the excitement would be fleeting,” said Clarence Lo, a 25-year-old writer, in an interview on Monday. “This is probably a unique experience for mainland online users.”

Clubhouse allows up to 5,000 users to join audio chatrooms that disappear once the conversation is over. Some users said its format made them feel more willing to share personal stories and listen to different opinions. One user said in a chatroom about censorship that everyone could see that all those people who in the mainland were labeled dissidents, like Hong Kong’s pro-democracy protesters, were real people. No longer were they hearing their voices filtered through official media.

Since Saturday, I spent nearly all my waking hours wandering from one Clubhouse chatroom to another. In one room, a documentary filmmaker shared his thoughts on making a film about a subculture of young migrant workers, called Smart, who try to stand out in a conformist culture through wild hair and piercings. In another, a doctoral student in sociology talked about his experiences as a meal delivery worker. A group of feminists read works by feminist writers. More than 3,000 people joined a chatroom that was dedicated to parodying Hu Xijin, possibly the most infamous Communist Party propagandist. (A favorite line: “As long as we have enemies everywhere, we have no enemies.”)

One chatroom with more than 100 people from northwestern China, where I’m from, focused on their interactions with ethic minorities. A woman from Gansu Province talked about how Muslims in her hometown were portrayed as troublemakers and how she learned to understand why it was offensive to hang the Chinese national flag in a mosque.

I learned about the de-Islamization of my home, the Ningxia Muslim Autonomous Region, after several people shared witness accounts. Jin Xu, an assistant art history professor at Vassar College who grew up there, talked about how his drawing of the Nanguan Mosque, a landmark of Ningxia, had won a national award when he was a sixth grader and how the mosque had been brutally reconstructed into what he told me in an interview was an ugly concrete building that eliminated its exterior elements of Islamic art and architecture.

One chatroom asked the participants to criticize the government where they lived, be it China, Hong Kong, Taiwan, Japan or the United States. The moderator called on each speaker by asking, “So which government would you like to criticize?” In China, where open criticism is treated as treachery, it felt like performance art.

Several chatrooms were devoted to the bloody crackdown in Tiananmen Square, a heavily censored topic on the Chinese internet. Cai Chongguo, a student leader during the protests, talked for about four hours, sharing his stories and answering questions from thousands of people. He said he hadn’t expected that so many people would be interested. 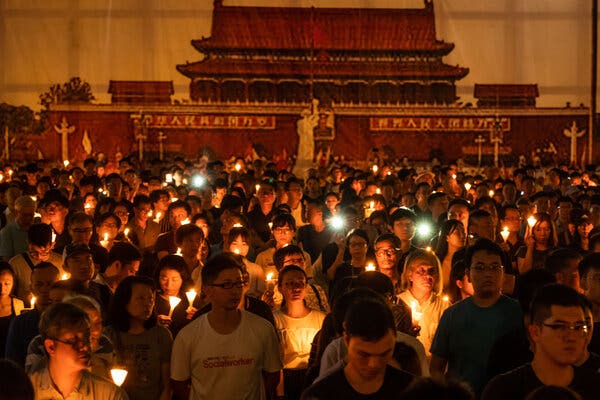 “It was the first time since 1989 I shared my story with so many Chinese,” he said in a phone interview. Mr. Cai, who has been in exile in France and Hong Kong, said that he had given talks to 100 to 200 people, but that the audiences were often mostly non-Chinese.

“This platform offered a rare opportunity to talk about the tragedy with Chinese,” he said.

Even during the freewheeling conversation, censorship was on the minds of many. On Monday afternoon, one room that reached Clubhouse’s maximum of 5,000 users featured speakers sharing their concerns over whether they would be questioned by the authorities for speaking out on the app. An employee at a big Chinese social media platform told the room that nobody should ever think that he or she could escape the government surveillance. He continued by saying he felt guilty about his job because it involved censorship.

A few hours later, mainland users began to report that the app had been blocked. Several rooms were set up immediately for people to chat it over. I joined a room for people to mourn the blocking.

The title of the room featured three candle emoticons. People lined up to share their most memorable experience. A few speakers cried.

A man compared his time on Clubhouse to taking contemporary Chinese history classes. A man from the Daur ethnic group in Xinjiang said how much he appreciated the opportunity to have a platform where people like him could share their stories. A woman said her most memorable experience was hearing a man who called himself a government loyalist describing how, after he heard the personal stories of how the Muslims in Xinjiang had been persecuted, he had to stop his car and weep.

Hannah Sun, one of the last to speak, relished finding like-minded people on Clubhouse. She shared her parents’ traumatic experiences in the devastating Tangshan earthquake in 1976 and how it shaped her view on the Chinese government.

Ms. Sun, who lives in Germany, had never talked about such politically sensitive topics with strangers. Then, on Saturday, she had waited more than two hours to speak in a chatroom about those very topics with thousands of people from mainland China, Taiwan, Hong Kong and other parts of the world.

Someday, she said in an interview, Chinese people would be able to talk freely. Many Eastern Germans didn’t expect the Berlin Wall to fall in 1989, she added, but it happened.

“Nobody can predict the future,” Ms. Sun said. “We should believe in humanity and humanity’s yearning for freedom.”