“How big is a particle?” Well, that’s a subtle (and, unsurprisingly, complex) question. 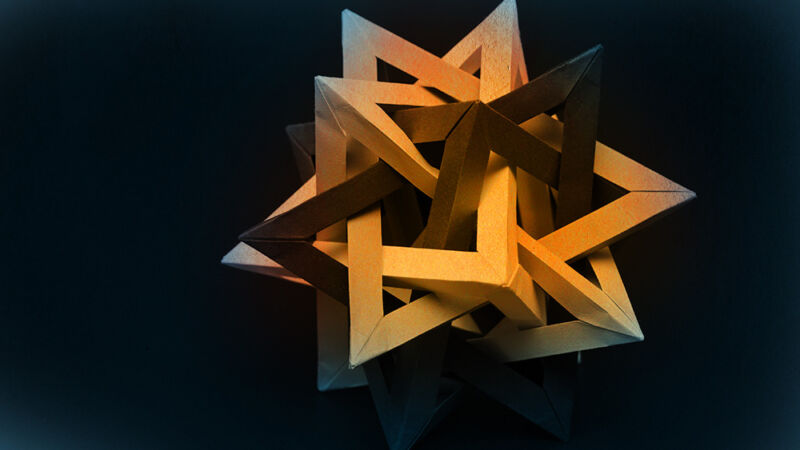 One of the quietest revolutions of our current century has been the entry of quantum mechanics into our everyday technology. It used to be that quantum effects were confined to physics laboratories and delicate experiments. But modern technology increasingly relies on quantum mechanics for its basic operation, and the importance of quantum effects will only grow in the decades to come. As such, physicist Miguel F. Morales has taken on the herculean task of explaining quantum mechanics to the rest of us laymen in this seven-part series (no math, we promise). Below is the third story in the series, but you can always find the starting story plus a landing page for the entire series thus far on site.

So far, we’ve seen particles move as waves and learned that a single particle can take multiple, widely separated paths. There are a number of questions that naturally arises from this behavior—one of them being, “How big is a particle?” The answer is remarkably subtle, and over the next two weeks (and articles) we’ll explore different aspects of this question.

Today, we’ll start with a seemingly simple question: “How long is a particle?”

To answer that, we need to think about a new experiment. Earlier, we sent a photon on two very different paths. While the paths were widely separated in that experiment, their lengths were identical: each went around two sides of a rectangle. We can improve this setup by adding a couple of mirrors, allowing us to gradually change the length of one of the paths. 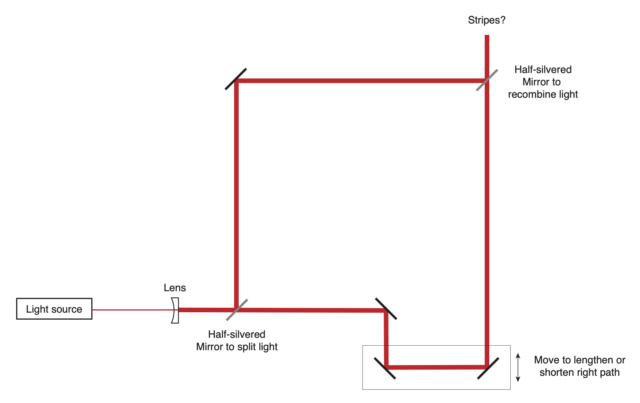 Enlarge / An improved two-path experiment where we can adjust the length of one of the paths.

We can tentatively associate this fading of the stripes as we change the path length with the length of the photon traveling down the path. The stripes only appear if a photon’s waves overlap when recombined.

But if particles travel as waves, what do we even mean by a length? A useful mental image may be dropping a pebble into a smooth pool of water. The resulting ripples spread out in all directions as a set of rings. If you draw a line from where the rock fell through the rings, you’ll find there are five to 10 of them. In other words, there is a thickness to the ring of waves.

Another way to look at it is as if we were a cork on the water; we would sense no waves, a period of waves, then smooth water again after the ripple had passed. We’d say the ‘length’ of the ripple is the distance/time over which we experienced waves. 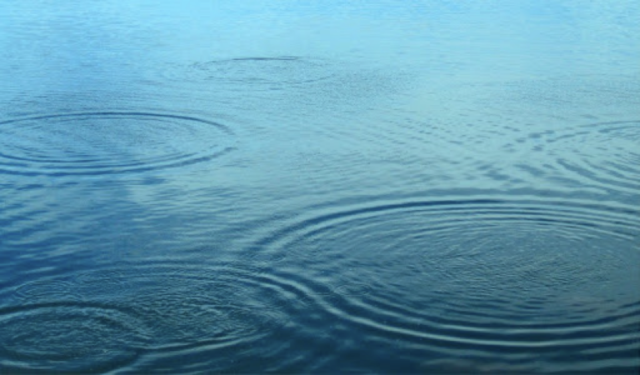 Enlarge / Ripples on a pond. Note the thickness of the ring of waves.

Similarly we can think of a traveling photon as being a set of ripples, a lump of waves entering our experiment. The waves naturally split and take both paths, but they can only recombine if the two path lengths are close enough for the ripples to interact when they are brought back together. If the paths are too different, one set of ripples will have already gone past before the other arrives.

This picture nicely explains why the stripes slowly disappear: they are strong when there’s perfect overlap, but fade as the overlap decreases. By measuring how far until the stripes disappear, we have measured the length of the particle’s wave ripples.

Digging through the light bulb drawer

We can go through our usual experiments and see the same features we saw before: turning the photon rate way down (which produces a paintball pointillism of stripes), changing the color (bluer colors mean closer spacing), etc. But now we can also measure how the stripes behave as we adjust the path length.

While we often use lasers to generate particles of light (they are great photon pea shooters), any kind of light will do: an incandescent light bulb, an LED room light, a neon lamp, sodium streetlights, starlight, light passed through colored filters. Whatever kind of light we send through creates stripes when the path lengths match. But the stripes fade away at distances that range from microns for white light to hundreds of kilometers for the highest quality lasers.

Light sources with distinct colors tend to have the longest ripples. We can investigate the color properties of our light sources by sending their light through a prism. Some of the light sources have a very narrow range of colors (the laser light, the neon lamp, the sodium streetlight); some have a wide rainbow of colors (the incandescent bulb, LED room light, starlight); while others such as sunlight sent through a colored filter are intermediate in the range of composite colors.

What we notice is that there is a correlation: the narrower the color range of the light source, the longer the path difference can be before the stripes disappear. The color itself does not matter. If I choose a red filter and a blue filter that allow the same width of colors through, they will have their stripes disappear at the same path difference. It is the range of color that matters, not the average color.

Which brings us to a rather startling result: the length of a particle wave is given by the range of colors (and thus energies) it has. The length is not a set value for a particular kind of particle. Just by digging through our drawer of light sources, we made photons with lengths ranging from microns (white light) to a few cm (a laser pointer).