The QueertheBallet movement: ‘it’s more than a man lifting a woman in a tutu’

Shortly after Adriana Pierce joined Miami City Ballet, someone watched her train and made an assessment: “Is Adriana a lesbian? Because she looks like one.” The comment propelled Pierce into exacting self-scrutiny: “I was like, does my dancing look gay? Do I look different? I am different – is that OK?”

Pierce, who left the company after seven seasons to focus on choreography and musical theatre, has rarely felt represented as a queer woman in the ballet world but with her new movement, #QueertheBallet, she hopes to inspire change. Her first project is a pas de deux en pointe choreographed on the American Ballet Theatre dancers Remy Young and Sierra Armstrong, which she is developing during a dance residency at the Bridge Street theatre in Catskill, New York. “I want to show people an authentic, complex relationship between two women through ballet,” Pierce explains. “I want people to see that ballet can be more than a man lifting a woman in a tutu.”

Although queer men are also largely cast in heteronormative partnerships, while facing well-documented homophobic stigma, the crucial difference for Pierce is visibility. “Queer women aren’t even on the radar in our spaces. I sometimes do experience overt homophobia, but the worst of it is the micro-aggression. I’m just never considered,” she says. “The idea that a woman might deviate from the image we expect as a professional ballet dancer is just not even a thought people have.” 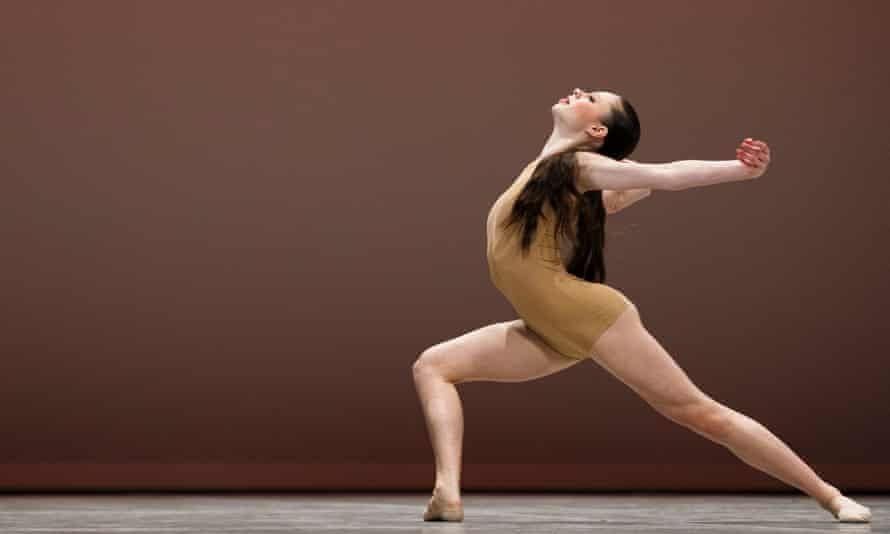 Sierra Armstrong performs her contemporary variation during the final of the 43rd Prix de Lausanne in Switzerland, 2015. Photograph: Valentin Flauraud/EPA

Without visible exemplars, many queer women and non-binary people question their own place within the art form. “Growing up, I felt like I was the only one,” says Kiara DeNae Felder, a queer, non-binary dancer with Montreal’s Les Grands Ballets Canadiens. “I felt like, ‘Maybe there’s a reason I don’t see other people like me.’”

In ballet, the gender binary is encoded not only in partnerships but in movement. “Men are trained to jump higher and they’re allowed to show effort a bit more. Women are supposed to look like they just happen to be tossed in the air by a breeze. It’s not coming from your own power or your own strength,” says Katy Pyle, who founded ballet company Ballez in 2011 to create a space for queer, trans, and gender non-conforming dancers. As a young dancer, Pyle, a genderqueer lesbian, was pushed out of ballet and towards contemporary dance: “My movement and my body were considered to be too strong,” they say. 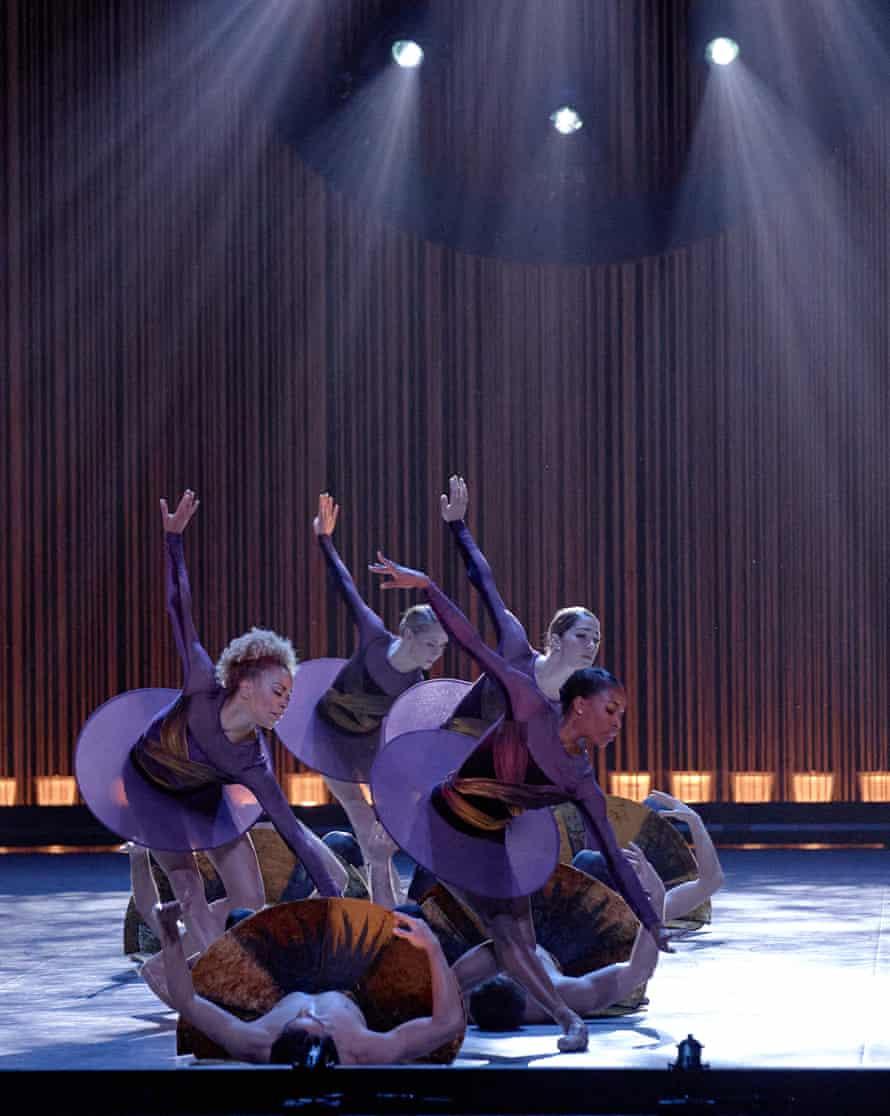 Other queer dancers still feel compelled to prove they can perform ballet’s swan queens and princesses. “People have this preconceived notion that if a female identifies as queer then there’s something less feminine about them,” says Felder. “I feel like I need to prove I can still be a feminine dancer, but also that I have multitudes of ways to express my gender through movement.”

With #QueertheBallet, Pierce plans not only to boost the visibility of queer female and non-binary dancers, but also to disrupt ballet’s gendered movement system altogether, tossing out some traditional aspects of the male-female pas de deux while reinventing others. Overhead lifts, she says, won’t play a part in her choreography. “If someone on stage is lifting another person above their head, the point is that not everybody can do that. In my mind, that makes the movement incredibly gendered,” she says. “It makes me feel like one of those partners does not have as much agency.” 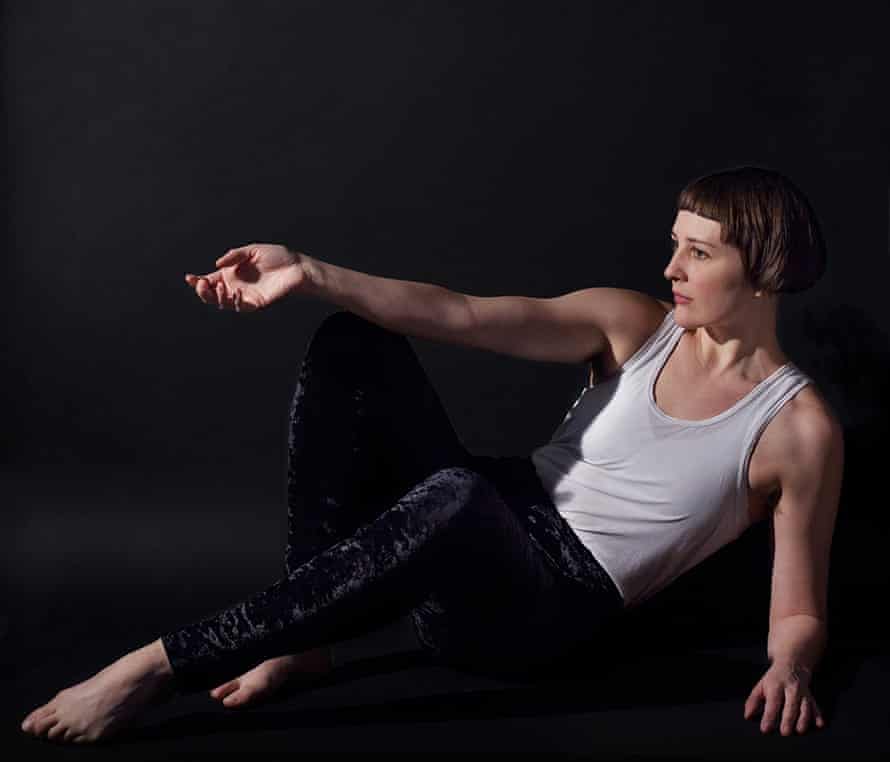 ‘My movement and my body were considered to be too strong’ … Katy Pyle. Photograph: Julie Mack/They Bklyn

Dancing en pointe is also used as a “gender qualifier” in ballet, Pierce acknowledges. “If you have a man and a woman on stage together, and the woman is en pointe, that sets her apart. She is en pointe to be manipulated and turned.” But Pierce hopes to redefine pointe work through her choreography. “I want to use it not as something that sets the women apart but as a skill,” she says. “With two women dancing together it can be less a novelty and more of an equaliser. They’re in the same space on the same level.”

Working with American Ballet Theatre’s Young and Armstrong, Pierce aims to “develop specific partnering vocabulary for two women en pointe,” she says. “I want to see what two bodies en pointe who probably wouldn’t be able to just deadlift the other one can do.” Both dancers were drawn to Pierce’s project by the opportunity for experimentation. “There’s going to be a physical difference in terms of strength and what is required of each of us,” Young says. “I’m going to be required to use my body in a different way.” 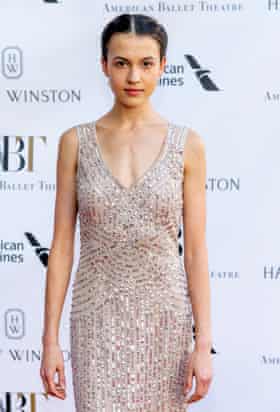 The residency is a rare opportunity for them to perform, as theatres remain shut amid the Covid-19 pandemic. “In this time, what’s really exciting is to have a project to do, since we’re not rehearsing or performing anything,” Armstrong says.

Pierce has imagined her audience’s reaction when her pas de deux is live-streamed later this month. “I would love for people to see it and be like, ‘Yeah, beautiful, that’s ballet, that’s what ballet is,’” she says. Through #QueertheBallet, she hopes to empower other queer women and non-binary people who feel invisible in their own art form. “I don’t want anyone to feel like they can’t advocate for themselves because no one can even consider that they exist,” Pierce says. “Ballet needs to know that we do exist and we are here.”