The philanthropic genius of Josef and Anni Albers

Fifty years ago the Bauhaus artists established a foundation to use “minimal means to maximum effect”. A cultural centre, school and, now, hospital in Senegal are a perfect expression of their aims

One spring day in 1971, Nicholas Fox Weber, then a graduate student at Yale, was taken by a friend’s mother to meet the by-then elderly German-born Bauhaus artists Josef and Anni Albers. Their home – not something in the style of Mies van der Rohe, but “the most ordinary, understated, American raised-ranch house” – took him by surprise. As did the impromptu lunch of Kentucky Fried Chicken. “But Anni had made it look so beautiful the way she presented it,” he recalls. “She could transform anything.”

The seeds of a friendship were planted. That same year, the Albers established a foundation to further “the revelation and evocation of vision through art”, which Fox Weber was hired to run in 1976, the year Josef died, and which he has overseen ever since. This spring it celebrates its 50th anniversary with the opening of a new 150-bed maternity and paediatric hospital that will serve a population of 650,000 in the rural Tambacounda region of eastern Senegal.

The journey to west Africa from Connecticut – where the Albers settled in 1950 and where their foundation remains based – was a serendipitous one. In 2005, Fox Weber was living in Paris when his dermatologist, Gilles Degois, mentioned that he and some colleagues ran a non-profit in Senegal and had built a medical centre. “I wanted to know more,” says Fox Weber. “Gilles said, ‘Come on our next trip.’” Wall of Doors and Possibilities, 2019, by Damien Poulain, one of the visiting artists at Thread, the Senegalese cultural centre established by the foundation © The Josef & Anni Albers Foundation

Within weeks they were on their way. Instructed to bring an empty duffel bag, Fox Weber found himself carrying 250 toothbrushes and tubes of toothpaste for a convent school that had just got running water, “so the girls could at last clean their teeth”. The doctor’s duffel bag, meanwhile, was filled with bags of blood, which were needed in Tambacounda. “I had never seen a more effective way of helping other people. Josef used to talk about minimal means and maximum effect.” This initiative struck him as a perfect expression of that maxim.

Fox Weber was looking to expand the work of the foundation. After the fall of the Berlin Wall, Anni – whose once-affluent Jewish parents had fled Germany for the US in 1939 – received an unexpected legacy of almost $2m from the restitution of her family’s property, which in turn buoyed the finances of the foundation. Some of this had been used to build the Albers Foundation’s campus in Bethany, Connecticut, a handsome complex of gallery space, library and archive, as well as studios for visiting artists. Run as a non-profit, it is self-sustaining, not least through the licensing of the Albers’ designs and commercial partnerships with, among others, the rug designer Christopher Farr, Hermès, Roksanda, Paul Smith and Uniqlo.

In 2005, a new philanthropic venture, Le Korsa, was born. At first its remit was to support the work of Dr Degois’s no longer extant NGO in Senegal, constructing a kindergarten and a residence for teachers. Then, in 2015, it built a cultural centre, Thread, designed pro bono by the Japanese architect Toshiko Mori, which not only serves the local community but has also benefited a succession of visiting artists and designers, among them Damien Poulain, Tomma Abts and Grace Wales Bonner.

Next came a school, the first in its region to provide more than traditional Koranic instruction. “I had to get the permission of the grand marabout [the area’s religious leader], which wasn’t easy in an largely Muslim region of more than 100 villages where there had never before been a secular school,” says Fox Weber. “And I thought I would run into difficulty when we made it clear that we wanted boys and girls to be taught together. But there was no resistance.” And in a village that had been largely illiterate, “there are now 220 children learning to read and write.” 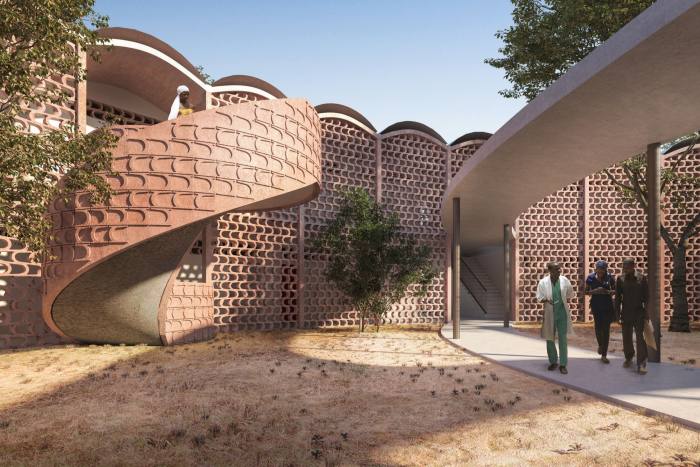 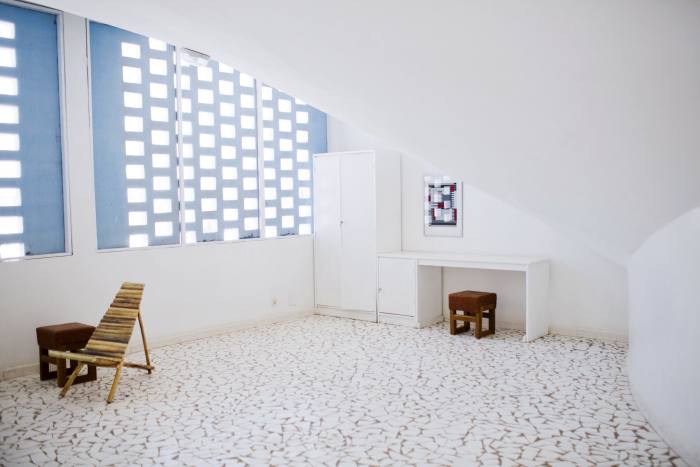 This April will see the inauguration of the hospital, designed, again pro bono, by the Swiss architects Manuel Herz. Working almost exclusively with local craftsmen and engineers, it – like the school – not only provided employment and training but has also advanced passive-building design. Its S-shaped footprint is, for example, just 7m wide, so that rooms can be cooled through cross-ventilation to minimise the need for air conditioning; and an ingenious double-layered, barrel-vaulted roof creates a chimney effect, drawing the heat up and out of the rooms below. “It’s groundbreaking architecture, absolutely,” says Fox Weber. There will be an exhibition of Manuel Herz’s designs for Tambacounda Hospital at this year’s Venice Architecture Biennale.

But the hospital’s impact on infant and maternal mortality in the region, currently the joint highest in Senegal, should be yet more profound. “The image of homeless newborns, gathered under the trees of the [existing] hospital for want of a crèche, will soon be a bad memory,” says Dr Magueye Ba, the local leader with whom Le Korsa has collaborated on most of its projects in the area.

Of course, all will continue to require funding, for which money still needs to be raised. “I don’t think it’s fair to build a school and a hospital and give people enormous hope and then not sustain every programme,” says Fox Weber. “But as Josef once said, ‘To distribute material possessions is to divide them; to divide spiritual possessions is to multiply them.’ I’d say that’s what we’re trying to do.”