A review of So It Goes by Demoniac, available January 29th worldwide via Edged Circle Productions. 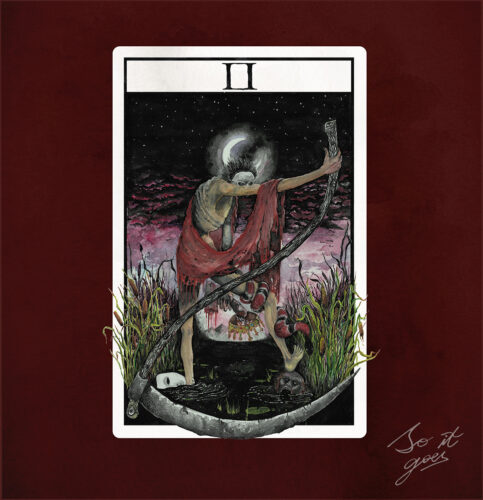 Another week, and another album that doesn’t know whether to call 2020 or 2021 its home. Originally slated for a December release, So It Goes, the sophomore record from Chilean thrashers Demoniac, was pushed to January by Edged Circle Productions. This is the same label that gave me Fatal Visions, the fantastic 2019 thrash release from Norwegian band Inculter, so merely seeing “thrash” and “Edged Circle” in the same promo title was enough to compel me to snatch this one up for review. While Fatal Visions saw Inculter producing exemplary thrash without altering the formula used by many of the genre’s legendary bands, the promo for So It Goes promises that Demoniac is about to take me down “all sorts of wild ‘n’ weird paths.” Now call me old-fashioned, but I don’t usually get excited about “experimental” things when it comes to my metal. So when I pressed play on So It Goes, I did so with more than a few reservations, wondering if I’d be able to appreciate the journey I was about to take.

And to tell you the truth, if I’d only listened to So It Goes for the standard two weeks that I usually get to evaluate a record, I probably would have missed what Demoniac is trying to do here. But with the release being pushed out a month and a half, I was afforded ample time to space out my listening, and eventually it all clicked. So It Goes manages to blend the simple savagery of Sepultura and Kreator with the expansive focus on songwriting found on early Metallica releases. Seven-minute opener “RSV – Fools Coincidence – Testigo” is an epic maelstrom, its neoclassical riffs reminding me of the technical thrash of Tourniquet, and it’s followed immediately by Admiral Akbar’s favorite blistering thrash song, “The Trap.” The latter begins with a chilling piano motif that eerily oscillates between the left and right channels in my ears before some power chords foretell the coming destruction. That’s when the song drops into an absolutely delectable riff from 1:21 to 1:32, and quite frankly, its the most exhilarating eleven seconds I’ve experienced since the first time I got laid. Any hesitation I may have felt coming into So It Goes vanished after such a strong one-two punch to start things off.

But then came “Extraviado,” a song that features that most metal of instruments, the clarinet, courtesy of guitarist N. Young. I’m not going to lie, the two-minute jazz intro of the song threw me for a loop, but not as much as the clarinet-metal (clarimetal?) jam that follows it. I was still reeling from the surprise as the song ended, and it seemed to be a random aberration considering that I was immediately blasted by the intense thrash of follow-up “Equilibrio Fatal” and its At the Gates riff1 and insanely fast bass noodling. The track ends with nearly two minutes of some of the most impressive lead guitar work I’ve heard in a long time. It’s another killer, but it’s followed by the album’s crown jewel, the title track. 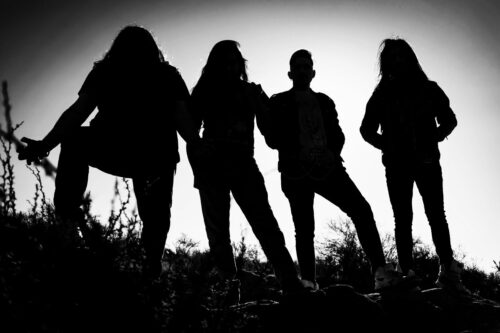 Against my better judgment, I’ve embedded “So It Goes,” the record’s 20-minute closer, because it’s the track that best showcases the total Demoniac package. It seems that few thrash bands are able to use the style to really take the listener on a journey, but “So It Goes” shows Demoniac harnessing the magic with which Metallica once imbued their thrash epics. After the finger-picked acoustic intro, the first eleven minutes are mostly pedal-to-the-metal thrash, and it’s amazing, seeming to fly by in half the time. Then comes the clarinet interlude and some more clarimetal, before the song segues into a Zelda dungeon theme riff and an outro that gives way to madness in the form of several maniacal solos. I’m sure this description sounds like a mess, and I’ll admit that that was my first impression as well. Because the track comprises nearly half of the record’s 42-minute runtime, it really needed to be a killer,2 and after many repeat listens, I can confidently say that “So It Goes” is my early frontrunner for Song of the Year.

With So It Goes, Demoniac is stretching the boundaries of what we consider to be acceptable in thrash, but they do so without losing sight of the elements that make the genre so great in the first place: frantic riffing, virtuosic bass, and some of the best leads you’ll ever hear. Combine that with the band’s nearly classical ability to write movements and transitions, and the bizarre but effective inclusion of the clarinet, and you’ve got a record that simply must be heard. Don’t worry if you don’t hear the genius. I didn’t either at first, but my patience has more than been rewarded.