America as we have come to know it is most likely a thing of the past.

America as we have come to know it is most likely a thing of the past. 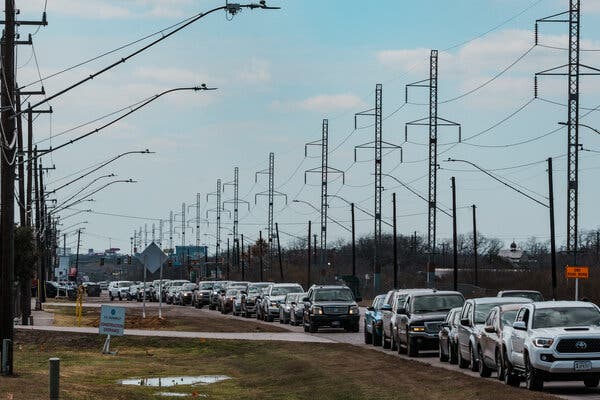 It should also remind us of how a new era in which extreme weather is normal will push — or force — some to migrate to new locations less impacted by this weather.

As a report resulting from a partnership between ProPublica and The New York Times Magazine, with support from the Pulitzer Center, found:

“Across the United States, some 162 million people — nearly one in two — will most likely experience a decline in the quality of their environment, namely more heat and less water. For 93 million of them, the changes could be particularly severe, and by 2070, our analysis suggests, if carbon emissions rise at extreme levels, at least four million Americans could find themselves living at the fringe, in places decidedly outside the ideal niche for human life.”

The United States alone — not to mention other areas around the world — is likely to see millions of climate migrants in the coming decades.

This has the potential to reshape the country, culturally, economically and politically. But it isn’t the only migration threatening to do that. There will be at least three other major migrations happening concurrently with the climate one in this country: immigration from other countries, urbanization led by younger people and the reverse migration of Black people from cities in the North and West back to the South.

First, immigration. According to a 2015 Pew Research Center report, “Immigrants and their children will represent 36 percent of the U.S. population in 2065, which equals or surpasses the peak levels last seen around the turn of the 20th century. That share will represent a doubling since 1965 (18 percent) and a notable rise from today’s 26 percent.”

The report states that “the arrival of new immigrants and the births of their children and grandchildren account for 55 percent of the U.S. population increase from 193 million in 1965 to 324 million today. The new Pew Research Center projections also show that the nation is projected to grow to 441 million in 2065 and that 88 percent of the increase is linked to future immigrants and their descendants.”

The displacement of a white majority and the rise of majority-Hispanic states in the Southwest will have major consequences.

Then there is migration by younger Americans. As NPR reported in 2014, young people moving away from small towns for the big city has “long been the story line in small-town America,” but “it turns out the millennial generation is only accelerating the demographic shift. In fact, this may be the most ‘bright lights, big city’ generation in history.” NPR continued, “While the number of millennials is ticking slightly upward in small towns and rural areas, it’s nothing compared with the growth of their numbers in suburbs and cities.”

“A new peer-reviewed study (the article is forthcoming in the Journal of Regional Science) finds that not only have young people been a driving force in the urban resurgence of the past two decades, but they favor living in central urban neighborhoods significantly more than previous generations did at the same stages in life.”

Finally, there is the reverse migration of Black people from cities in the North, Midwest and West to the South.

As The New York Times reported after the last census:

“The percentage of the nation’s Black population living in the South has hit its highest point in half a century, according to census data … as younger and more educated Black residents move out of declining cities in the Northeast and Midwest in search of better opportunities.”

“The share of Black population growth that has occurred in the South over the past decade — the highest since 1910, before the Great Migration of blacks to the North — has upended some long-held assumptions.”

I predict and expect that this reverse migration will only continue and intensify.

Great migration movements are going to dramatically change America in the near future, upending the geography and structures of power, and it is hard to see how the country emerges on the other side of it. We may well be on the verge of a New America, a reshuffled United States, in which power, to some degree, is redistributed and exercised by emerging power players and power centers.

America as we have come to know it is likely a thing of the past. Migratory movements have continually reshaped this country and that trend shows no signs of ending.