Proof that the world can be much stranger than we expect.

Proof that the world can be much stranger than we expect. 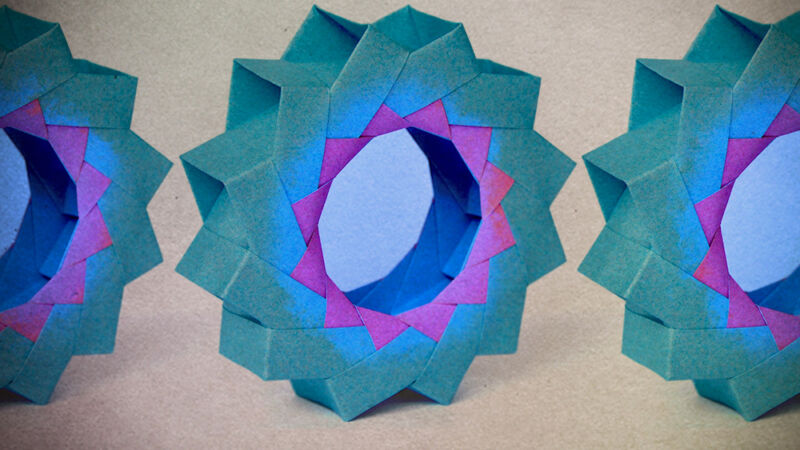 One of the quietest revolutions of our current century has been the entry of quantum mechanics into our everyday technology. It used to be that quantum effects were confined to physics laboratories and delicate experiments. But modern technology increasingly relies on quantum mechanics for its basic operation, and the importance of quantum effects will only grow in the decades to come. As such, physicist Miguel F. Morales has taken on the herculean task of explaining quantum mechanics to laypeople in this seven-part series (no math, we promise). Below is the sixth story in the series, but you can always find the starting story plus a landing page for the entire series thus far on site.

Throughout our quantum adventures to date, we’ve seen a bunch of interesting quantum effects. So for our last major excursion, let’s venture into a particularly creepy corner of the quantum wood: today, we’re going to see entanglement and measurement order.

Together, these two concepts create some of the most counterintuitive effects in quantum mechanics. They are so counterintuitive that this is probably a good time to re-emphasize that nothing in this series is speculative—everything we’ve seen is backed by hundreds of observations. Sometimes the world is much stranger than we expect it to be.

I’ve always considered the world of spies and espionage to be strange and spooky, so maybe it is fitting that one of the applications of what we are talking about today is cryptography. But there’s a lot to go over before we get there.

Playing in the sunlight

After a long walk through an increasingly dark and gloomy forest, gnarled trees dripping with vines, we unexpectedly emerge into a meadow sparkling in bright sunshine. Blinking in the light, we pull out our polarized sunglasses.

Being a little suspicious of the beautiful sunshine in our mysterious glade, we start looking through multiple pairs of sunglasses. Squinting through two or three pairs of sunglasses at the same time does make you look ridiculous, but such are the sacrifices we make for science. We’ll diagram the results you would see, but if you can scrounge together three pairs of polarized sunglasses, you can perform all of the experiments in this article at home.

Enlarge / What you see when looking through two polarized sunglasses. Each polarized lens only lets through light that’s polarized in the direction of the arrow on the temple. All of the lenses will let through half of the unpolarized light (the medium-gray tint). But when light has to pass through both glasses, the relative orientation of the glasses matters. On the left, both lenses are letting through vertically polarized light, so all of the light that makes it through the first lens also goes through the second lens. By contrast, on the right, the glasses in the back are rotated to only let through horizontally polarized light, which is entirely blocked by the front glasses. If you hold the glasses at a 45° angle with respect to one another, half of the light going through the first pair of glasses will make it through the second pair (1/2 x 1/2 = 1/4 of background light).

If you hold two pairs of the glasses in front of you and then rotate one of the pairs, you will notice that the amount of light passing through varies dramatically. When the glasses are at a 90° angle (e.g. one held normally, and the other pair sideways) almost no light will get through. The combined view through the lenses will look almost completely black—for really good polarized lenses, they will get almost welding-glass dark. Conversely, when held with the same orientation, they let almost the same amount of light through as one pair of glasses alone (with good polarizing lenses held in perfect alignment, this is exactly true).

Enlarge / Only the orientation between the lenses matters, not how they’re oriented relative to the environment.

It’s only the angle between the lenses that matters. If we pick a relative orientation, such as crossed, and rotate both lenses together, we’ll see the opacity stays the same. The green-framed glasses on the right are held at ±45° to the vertical, but since the first pair lets through light polarized 45° left of vertical, all of the light is blocked.

This all seems to make sense. But then you remember this is quantum mechanics, and the ominous movie music starts to play in the background. Let’s add a third pair of glasses. And to help keep all the orientations straight, we will always use blue frames for the horizontal/vertical orientations and green frames for the ±45° orientations.

Enlarge / Starting with crossed lenses, we add a diagonal lens behind them.

We will start with two crossed glasses, as shown on the left. We will then add a third lens oriented at a 45° behind the two we already had. On close examination, this behaves as we’d expect. Anywhere the original glasses block the light is still black. In the little corners where there’s not complete overlap, the light goes through the 45° lens and one of the other lenses and we get the slightly darker tint we saw back in Figure 1. If we look at what’s new, we see that the region where the light must pass through all three lenses is also black.

Enlarge / Rearranging the order of the glasses makes a big difference.

But we see something remarkable if we reorder the glasses. We again start with crossed glasses, but now slide the 45° lens between them. When we do this, light gets through where all three lenses overlap. Where only two lenses overlap we get the expected results—black for crossed and tinted for 45° relative orientation. But even though the front and back lenses are crossed and would normally let no light through, if you interpose another lens with intermediate polarization, suddenly light can pass through.

This is weird. The order of the glasses matters. If you are following along at home, try flipping the order of the lenses. If crossed lenses are next to each other in the stack, almost no light gets through. But if you alternate between blue (horizontal/vertical) and green (±45°) frames, some light will get through.