The Case for Semicolons

There are very few opportunities in life to have it both ways; semicolons are the rare instance in which you can; there is absolutely no downside.

There are very few opportunities in life to have it both ways; semicolons are the rare instance in which you can; there is absolutely no downside. 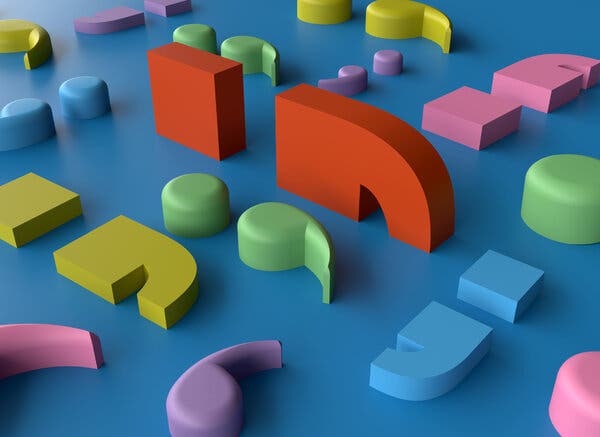 For several years I have returned, frequently, to a vague memory of reading an article in which a woman recommended eating dessert after every meal. This article was probably in a women’s magazine; the woman was possibly from France. The darkly pragmatic angle was that regular indulgences head sugar cravings off at the pass. The spiritual angle, and the better one, was that harmless indulgences are good, and you shouldn’t overthink them — even after breakfast.

This philosophy can be applied to all sorts of low-stakes situations, particularly those burdened by longstanding beliefs about their secretly grave consequences. While I will happily treat myself to a little morning cookie — this strikes me as more Italian than French — my real indulgence is punctuation, which, despite its unflagging service to the essential project of communication, is often subject to pointless regimes of austerity. The saddest, most unfairly represented victim is the semicolon. I try to eat one after every meal.

I don’t remember when I first learned about semicolons, nor do I have a mental list of remarkable semicolons in literature. I don’t want to have to treasure them, though the typical advice for writers of all levels is to use them sparingly, as if there’s a limited supply. This only breeds fear, which in turn breeds stigma: Semicolons are ugly, pretentious and unnecessary; they immaturely try to have it both ways. There are so many things to fear in life, but punctuation is not one of them. That semicolons, unlike most other punctuation marks, are fully optional and relatively unusual lends them power; when you use one, you are doing something purposefully, by choice, at a time when motivations are vague and intentions often denied. And there are very few opportunities in life to have it both ways; semicolons are the rare instance in which you can; there is absolutely no downside.

A semicolon does what it says on the box. Isn’t that nice?

For those who don’t know the rules — and I don’t blame you! — a semicolon does what it says on the box. Isn’t that nice? It’s a period on top of a comma, and it works like both a period and a comma. You can use it to separate two independent clauses — two sentences that work on their own — or to separate items in a series that would be particularly unwieldy with only commas, often because the items contain commas. (“Today I ate three desserts: a tiny cookie, which was free with my espresso; a bigger cookie, which was unfortunately a little dry; and a milkshake, which maybe took things too far.”)

You can also break these rules. I don’t, but you can. That’s another thing that’s good about them. As Cecelia Watson writes in her excellent 2019 book, “Semicolon: The Past, Present, and Future of a Misunderstood Mark,” the idea of a bygone era of seriousness and difficulty, in which everyone knew and followed grammar rules, is fallacious; grammar rules emerged only in the 1800s, and they have been hotly debated ever since. Read the work of any great author, and you will find idiosyncratic, often technically incorrect, punctuation; read the email of any interesting person, and you will find the same thing. Some people will use a semicolon just before a conjunction: “I ate three desserts yesterday; but my life didn’t change.” I think that’s terrible. But here’s another good thing about semicolons: You can use their ambiguity, or flexibility, to achieve whatever tone you like.

So they’re not scary. Are they ugly? That’s an opinion. Theodor Adorno said they looked like “a drooping mustache,” but in his view, that’s good — all punctuation marks, and the downtrodden semicolon especially, are “friendly spirits whose bodiless presence nourishes the body of language”; they ought to be defended. What’s more: Why does your text message, email, tweet, article or book need to be pretty? Is that not also a little pretentious? According to Kurt Vonnegut’s often-taught (and, if you read the full quote, both a little ironic and offensive) advice, “all they do is show you’ve been to college,” but these days anyone can look up how to use a semicolon, and such ideas about pretensions are circumscribed, unimaginative; they imply that the full range and joys of English expression are available only to people with bachelor’s degrees. Besides, all punctuation can be confusing, subject to interpretation. The seemingly harmless period becomes a knife when it appears at the end of a one-line text message, worsening intergenerational conflict as older people tend not to realize they sound curt to their younger interlocutors; the comma often shows up whenever someone wants a pause, even though the pauses most useful in reading are not the same as those you want in speech. The dash is considered a guilty pleasure, sort of chaotic; exclamation points will, for years, be associated with Donald Trump.

That semicolons aren’t popular on social media — where oversimplification and directness reign and the presence of too much grammatical flair is likely to limit “engagement” — is perhaps the only argument some readers will need to be convinced of their value. For the rest of the skeptical, the semicolon conveys a very specific kind of connection between ideas that is particularly useful now — it asserts a link where the reader might not necessarily see one while establishing the fragility of that link at the same time. The world is not accurately described through sets of declarations and mere pauses, without qualification or adjustment; occasionally we are lucky enough to see it many ways, at once.

Lauren Oyler is a writer whose debut novel, “Fake Accounts,” is now available from Catapult.