In which lasers do things that make absolutely no sense but give us great clocks. 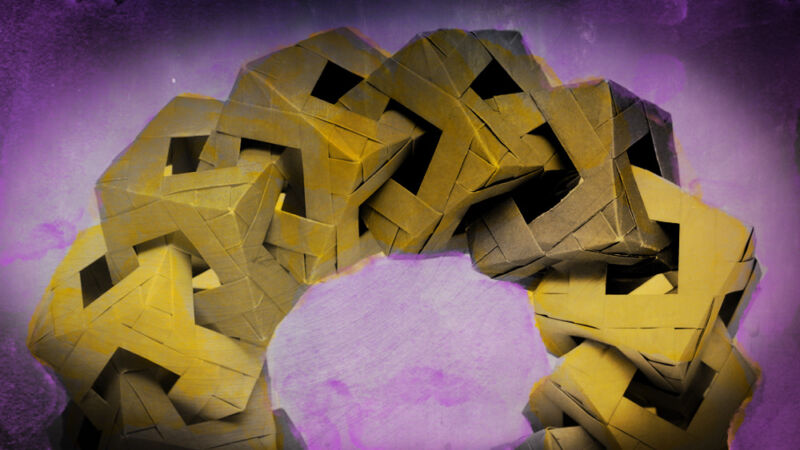 One of the quietest revolutions of our current century has been the entry of quantum mechanics into our everyday technology. It used to be that quantum effects were confined to physics laboratories and delicate experiments. But modern technology increasingly relies on quantum mechanics for its basic operation, and the importance of quantum effects will only grow in the decades to come. As such, physicist Miguel F. Morales has taken on the herculean task of explaining quantum mechanics to the rest of us laymen in this seven-part series (no math, we promise). Below is the second story in the series, but you can always find the starting story here.

Welcome back for our second guided walk into the quantum mechanical woods! Last week, we saw how particles move like waves and hit like particles and how a single particle takes multiple paths. While surprising, this is a well-explored area of quantum mechanics—it is on the paved nature path around the visitor’s center.

This week I’d like to get off the paved trail and go a bit deeper into the woods in order to talk about how particles meld and combine while in motion. This is a topic that is usually reserved for physics majors; it’s rarely discussed in popular articles. But the payoff is understanding how precision lidar works and getting to see one of the great inventions making it out of the lab, the optical comb. So let’s go get our (quantum) hiking boots a little dirty—it’ll be worth it.

Let’s start with a question: if particles move like waves, what happens when I overlap the paths of two particles? Or said another way, do particle waves only interact with themselves, or do they mix together?

Enlarge / On the left is the interferometer from last week, where a single particle is split by the first mirror and takes two very different paths. On the right is our new setup where we start with particles from two different lasers and combine them.

We can test this in the lab by modifying the setup we used last week. Instead of splitting the light from one laser into two paths, we can use two separate lasers to create the light coming into the final half-silvered mirror.

We need to be careful about the lasers we use, and the quality of your laser pointer is no longer up to the task. If you carefully measure the light from a normal laser, the color of the light and the phase of the wave (when the wave peaks occur) wander around. This color wander is not discernible to our eyes—the laser still looks red—but it turns out that the exact shade of red varies. This is a problem money and modern technology can fix—if we shell out enough cash we can buy precision mode-locked lasers. Thanks to these, we can have two lasers both emitting photons of the same color with time-aligned wave crests.

When we combine the light from two high-quality lasers, we see exactly the same stripey pattern that we saw before. The waves of particles produced by two different lasers are interacting!

So what happens if we again go to the single photon limit? We can turn the intensity of the two lasers down so low that we see the photons appear one at a time on the screen, like little paintballs. If the rate is sufficiently low, only one photon will exist between the lasers and the screen at a time. When we perform this experiment we will see the photons arrive at the screen one at a time; but when we look at the accumulated pointillism painting, we will see the same stripes we saw last week. Once again, we’re seeing single particle interference.

It turns out that all the experiments we performed before give exactly the same answer. Nature does not care if one particle is interacting with itself or if two particles are interacting with each other—a wave is a wave, and particle waves act just like any other wave.

But now that we have two precision lasers, we have a number of new experiments we can try.

First, let’s try interfering photons of different colors. Let’s take the color of one of the lasers and make it slightly more blue (shorter wavelength). When we look at the screen we again see stripes, but now the stripes walk slowly sideways. Both the appearance of stripes and their motion are interesting.

First, the fact that we see stripes indicates that particles of different energy still interact.

The second observation is that the striped pattern is now time dependent; the stripes walk to the side. As we make the difference in color between the lasers larger, the speed of stripes increases. The musicians in the audience will already recognize the beating pattern we are seeing, but, before we get to the explanation, let’s improve our experimental setup.

Enlarge / The light from two lasers with different color combined with a prism. After the prism the light ‘beats’ in intensity.

If we look at the intensity of the combined laser beam, we will see the intensity of the light ‘beat.’ While the light from each laser was steady, when their beams with slightly different colors are combined, the resulting beam oscillates from bright to dim. Musicians will recognize this from tuning their instruments. When the sound from a tuning fork is combined with the sound of a slightly out-of-tune string, one can hear the ‘beats’ as the sound oscillates between loud and soft. The speed of the beats is the difference in the frequencies, and the string is tuned by adjusting the beat speed to zero (zero difference in frequency). Here we are seeing the same thing with light—the beat frequency is the color difference between the lasers.

While this makes sense when thinking about instrument strings, it is rather surprising when thinking of photons. We started with two steady streams of light, but now the light is bunched into times when it is bright and times when it is faint. As the difference between the colors of the lasers is made larger (they’re de-tuned), the faster the pulsing becomes.

So what happens if we again turn down the lasers really low? Again we see the photons hit our detector one at a time like little paintballs. But if we look carefully at the timing of when the photons arrive, we see that it is not random—they arrive in time with the beats. It does not matter how low we turn the lasers—the photons can be so rare that they only show up one every 100 beats—but they will always arrive in time with the beats.

This pattern is even more interesting if we compare the arrival time of the photons in this experiment with the stripes we saw with our laser pointer last week. One way of understanding what is happening in the two-slit experiment is to picture the wave nature of quantum mechanics directing where the photons can land side to side: the paintballs can hit in the bright regions and not in the dark regions. We see a similar pattern in the paintball arrival in the two-color beam, but now the paintballs are being directed forward and back in time and can only hit in time with the beats. The beats can be thought of as stripes in time.