In Violation of Einstein, Black Holes Might Have ‘Hair’

A new study shows that extreme black holes could break the famous “no-hair” theorem, and in a way that we could detect.

A new study shows that extreme black holes could break the famous “no-hair” theorem, and in a way that we could detect. 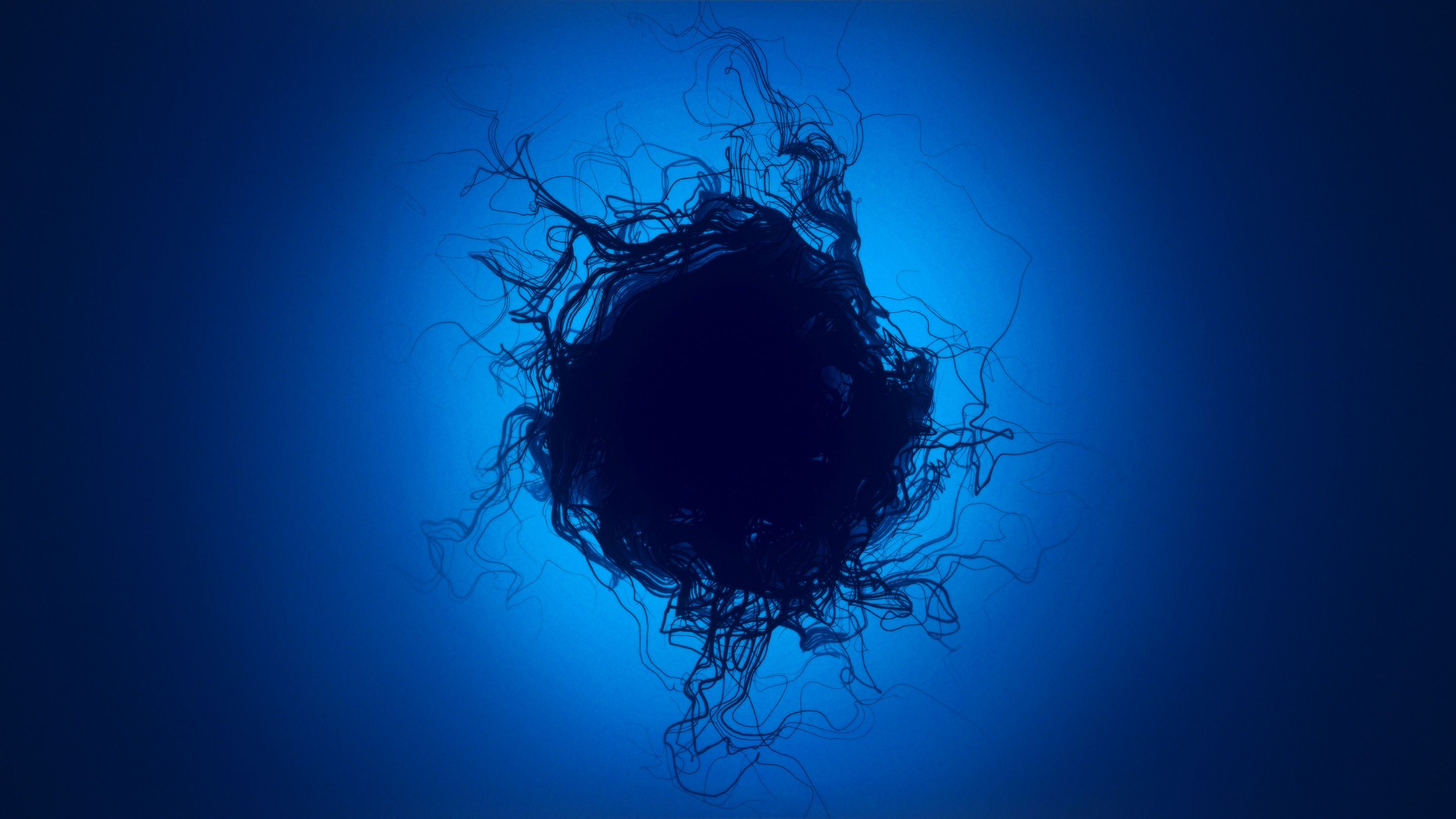 According to Einstein’s general theory of relativity, black holes have only three observable properties: mass, spin and charge. Additional properties, or “hair,” do not exist.

Identical twins have nothing on black holes. Twins may grow from the same genetic blueprints, but they can differ in a thousand ways — from temperament to hairstyle. Black holes, according to Albert Einstein’s theory of gravity, can have just three characteristics — mass, spin and charge. If those values are the same for any two black holes, it is impossible to discern one twin from the other. Black holes, they say, have no hair.

“In classical general relativity, they would be exactly identical,” said Paul Chesler, a theoretical physicist at Harvard University. “You can’t tell the difference.”

Yet scientists have begun to wonder if the “no-hair theorem” is strictly true. In 2012, a mathematician named Stefanos Aretakis — then at the University of Cambridge and now at the University of Toronto — suggested that some black holes might have instabilities on their event horizons. These instabilities would effectively give some regions of a black hole’s horizon a stronger gravitational pull than others. That would make otherwise identical black holes distinguishable.

However, his equations only showed that this was possible for so-called extremal black holes — ones that have a maximum value possible for either their mass, spin or charge. And as far as we know, “these black holes cannot exist, at least exactly, in nature,” said Chesler.

But what if you had a near-extremal black hole, one that approached these extreme values but didn’t quite reach them? Such a black hole should be able to exist, at least in theory. Could it have detectable violations of the no-hair theorem?

A paper published late last month shows that it could. Moreover, this hair could be detected by gravitational wave observatories.

“Aretakis basically suggested there was some information that was left on the horizon,” said Gaurav Khanna, a physicist at the University of Massachusetts and the University of Rhode Island and one of the co-authors. “Our paper opens up the possibility of measuring this hair.”

In particular, the scientists suggest that remnants either of the black hole’s formation or of later disturbances, such as matter falling into the black hole, could create gravitational instabilities on or near the event horizon of a near-extremal black hole. “We would expect that the gravitational signal we would see would be quite different from ordinary black holes that are not extremal,” said Khanna.

If black holes do have hair — thus retaining some information about their past — this could have implications for the famous black hole information paradox put forward by the late physicist Stephen Hawking, said Lia Medeiros, an astrophysicist at the Institute for Advanced Study in Princeton, New Jersey. That paradox distills the fundamental conflict between general relativity and quantum mechanics, the two great pillars of 20th-century physics. “If you violate one of the assumptions [of the information paradox], you might be able to solve the paradox itself,” said Medeiros. “One of the assumptions is the no-hair theorem.”

The ramifications of that could be broad. “If we can prove the actual space-time of the black hole outside of the black hole is different from what we expect, then I think that is going to have really huge implications for general relativity,” said Medeiros, who co-authored a paper in October that addressed whether the observed geometry of black holes is consistent with predictions.

Perhaps the most exciting aspect of this latest paper, however, is that it could provide a way to merge observations of black holes with fundamental physics. Detecting hair on black holes — perhaps the most extreme astrophysical laboratories in the universe — could allow us to probe ideas such as string theory and quantum gravity in a way that has never been possible before.

“One of the big issues [with] string theory and quantum gravity is that it’s really hard to test those predictions,” said Medeiros. “So if you have anything that’s even remotely testable, that’s amazing.”

There are major hurdles, however. It’s not certain that near-extremal black holes exist. (The best simulations at the moment typically produce black holes that are 30% away from being extremal, said Chesler.) And even if they do, it’s not clear if gravitational wave detectors would be sensitive enough to spot these instabilities from the hair.

What’s more, the hair is expected to be incredibly short-lived, lasting just fractions of a second.

But the paper itself, at least in principle, seems sound. “I don’t think that anybody in the community doubts it,” said Chesler. “It’s not speculative. It just turns out Einstein’s equations are so complicated that we’re discovering new properties of them on a yearly basis.”

The next step would be to see what sort of signals we should be looking for in our gravitational detectors — either LIGO and Virgo, operating today, or future instruments like the European Space Agency’s space-based LISA instrument.

“One should now build upon their work and really compute what would be the frequency of this gravitational radiation, and understand how we could measure and identify it,” said Helvi Witek, an astrophysicist at the University of Illinois, Urbana-Champaign. “The next step is to go from this very nice and important theoretical study to what would be the signature.”

There are plenty of reasons to want to do so. While the chances of a detection that would prove the paper correct are slim, such a discovery would not only challenge Einstein’s theory of general relativity but prove the existence of near-extremal black holes.

“We would love to know if nature would even allow for such a beast to exist,” said Khanna. “It would have pretty dramatic implications for our field.”