Decades of investment from wealthy economies into lower-cost locations have entrenched geographical shifts in manufacturing.

Production of semiconductors — the essential components of our digital infrastructure, vehicles and devices — has steadily declined in the west, with East Asia emerging as the main manufacturing hub.

The US’s share of global semiconductor manufacturing capacity fell from 37 per cent in 1990 to just 12 per cent last year, while Europe saw a 35 percentage point decline in the period, to 9 per cent. China’s mainland expanded its share from almost nothing to 15 per cent, a figure that is expected to rise to 24 per cent in the next decade. Three-quarters of the world’s chip production capacity is now concentrated in East Asia. National champions such as Taiwan’s TSMC and South Korea’s Samsung, along with manufacturers in Japan and China, combine to dominate global production capacity.

The recent chip shortage in the automotive sector has intensified efforts in the US and EU to boost domestic capacity and cut their reliance on Asian producers. However, such moves are costly. The Semiconductor Industry Association, a US trade body, and Boston Consulting Group, the consultancy, estimate that a new fabrication facility to produce semiconductors could cost roughly one-third more to build and operate in the US over 10 years than a similar facility in Taiwan, South Korea or Singapore.

A foundry in China costs between 37 and 50 per cent less than in the US, thanks to Chinese government incentives. Along with expertise in the region, these cost differentials have helped China become the leading destination for foreign semiconductor investments, globally.

Some 84 greenfield foreign direct investment (FDI) projects have been announced in China’s semiconductor industry since 2015 — of which 44 per cent were in manufacturing, according to fDi Markets, an FT-owned database. The US attracted 45 foreign semiconductor projects in the same period, followed by India (37), the UK (36), and Taiwan (29). Since joining the World Trade Organization in 2001, China has become increasingly important in other sophisticated global supply chains. Between 2005 and 2019, China’s share of global vehicle production rose from 9 per cent to 28 per cent, as its domestic car market grew to become the largest in the world.

Europe’s share of global vehicle production fell from 31 per cent to 24 per cent in the same period, and North America’s suffered a similar decline. Supply chains in the auto industry are also increasingly concentrated around low-cost hubs. 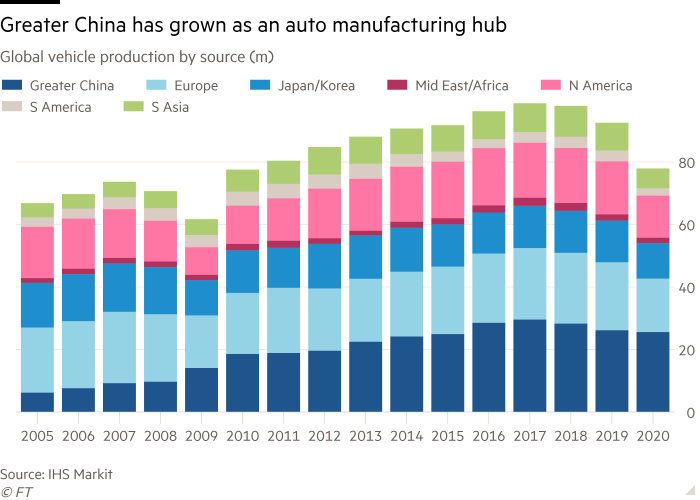 This entrenchment of supply chains within regional hubs continues. Between 2015 and 2019, exports of parts from China to Japan increased by 17 per cent to $3.2bn, according to data provider IHS Markit.

As carmakers move to electrify their fleets, East Asia is likely to benefit from further supply chain shifts. IHS Markit predicts that between 2020 and 2026, the global share of automotive battery cell suppliers headquartered in South Korea will rise from 14 per cent to 47 per cent. It predicts that Greater China will experience a 14 percentage point increase in share. 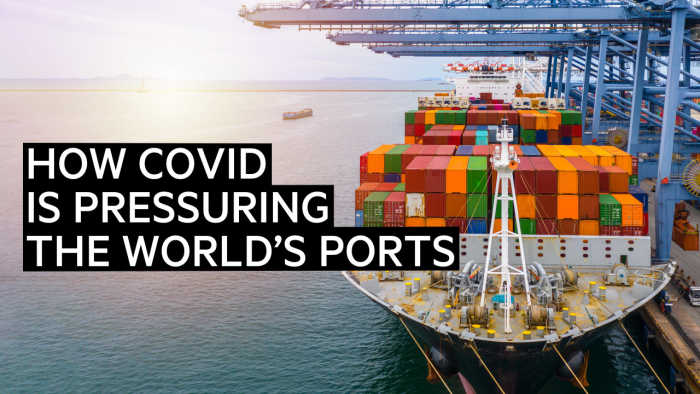